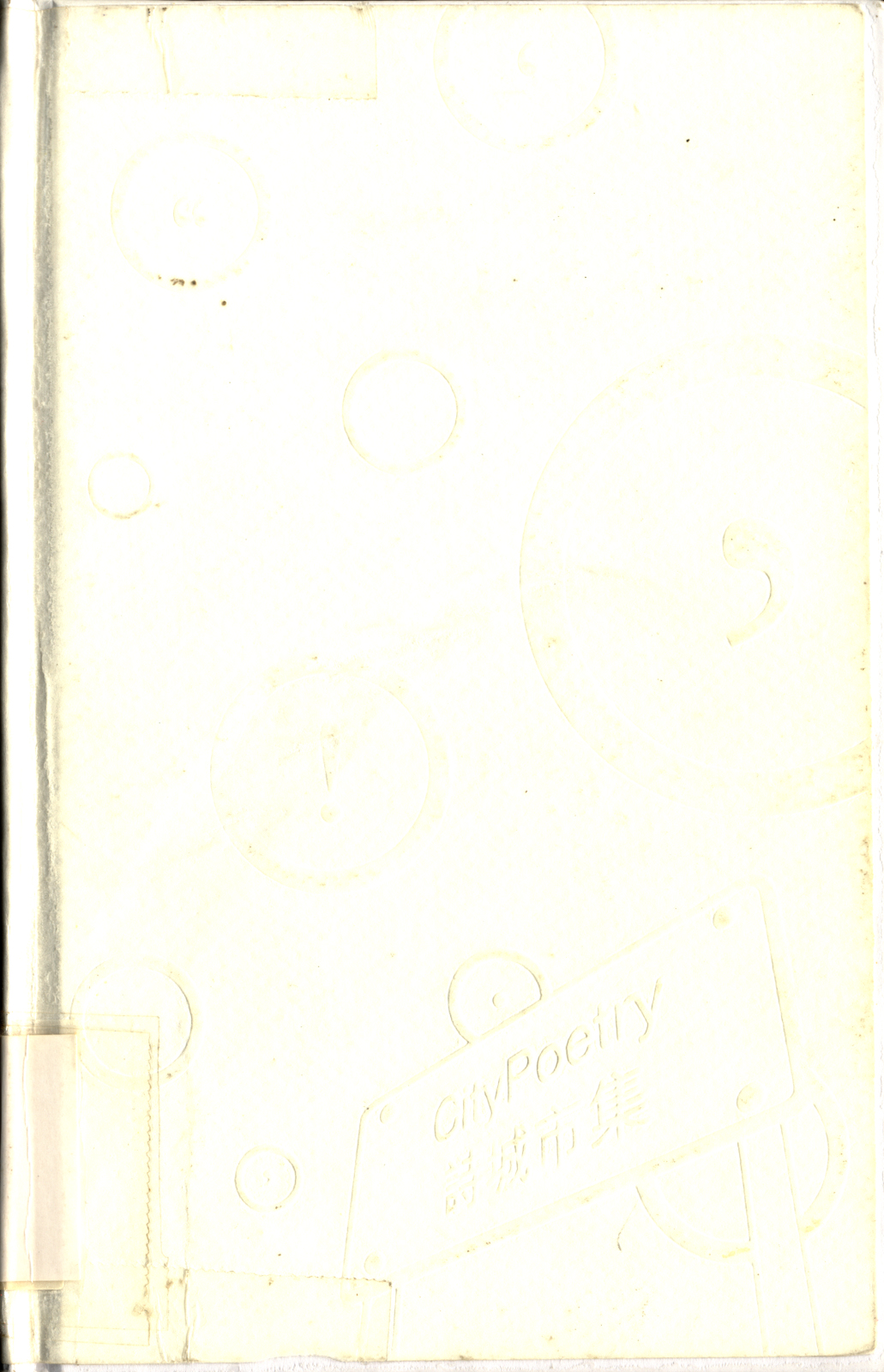 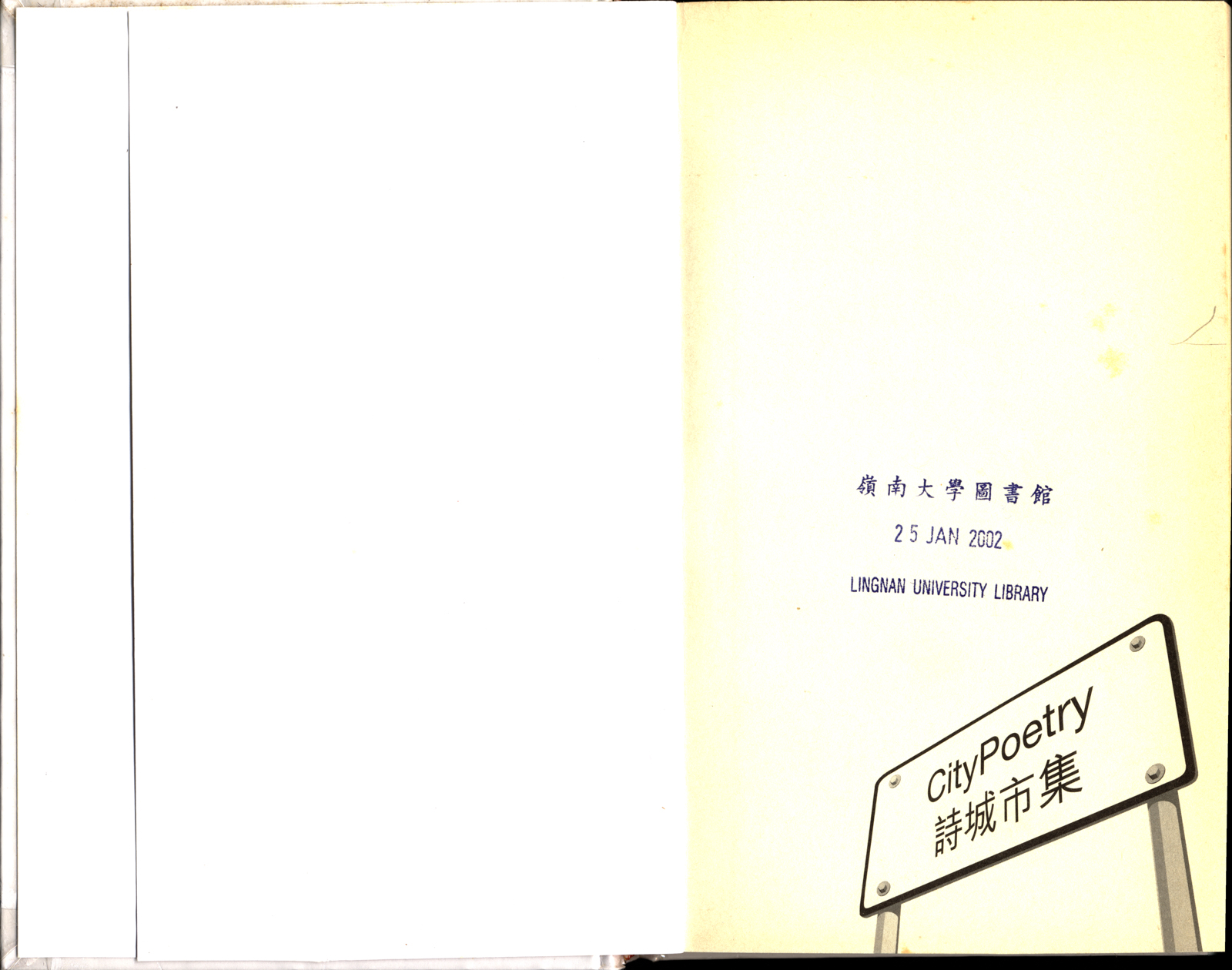 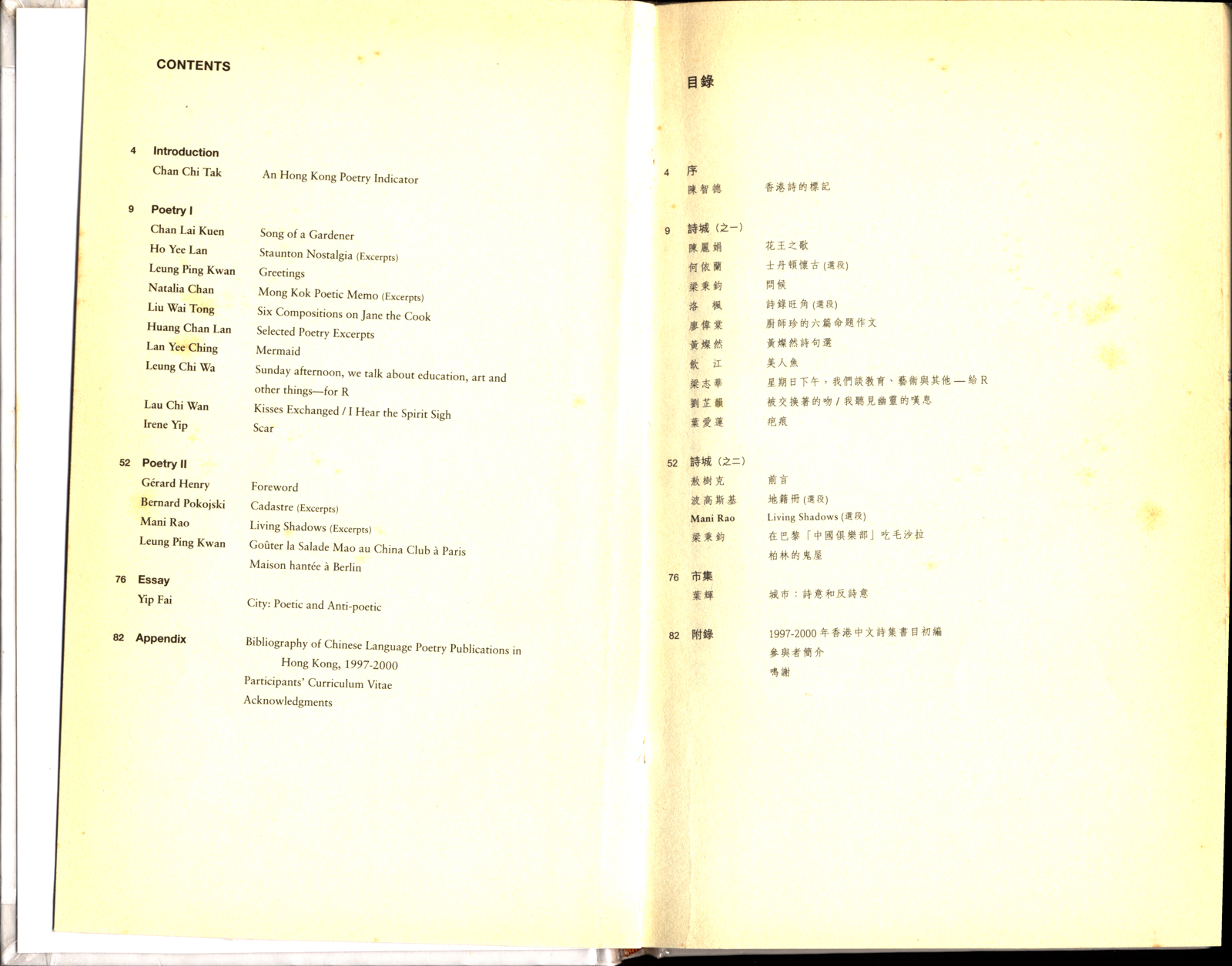 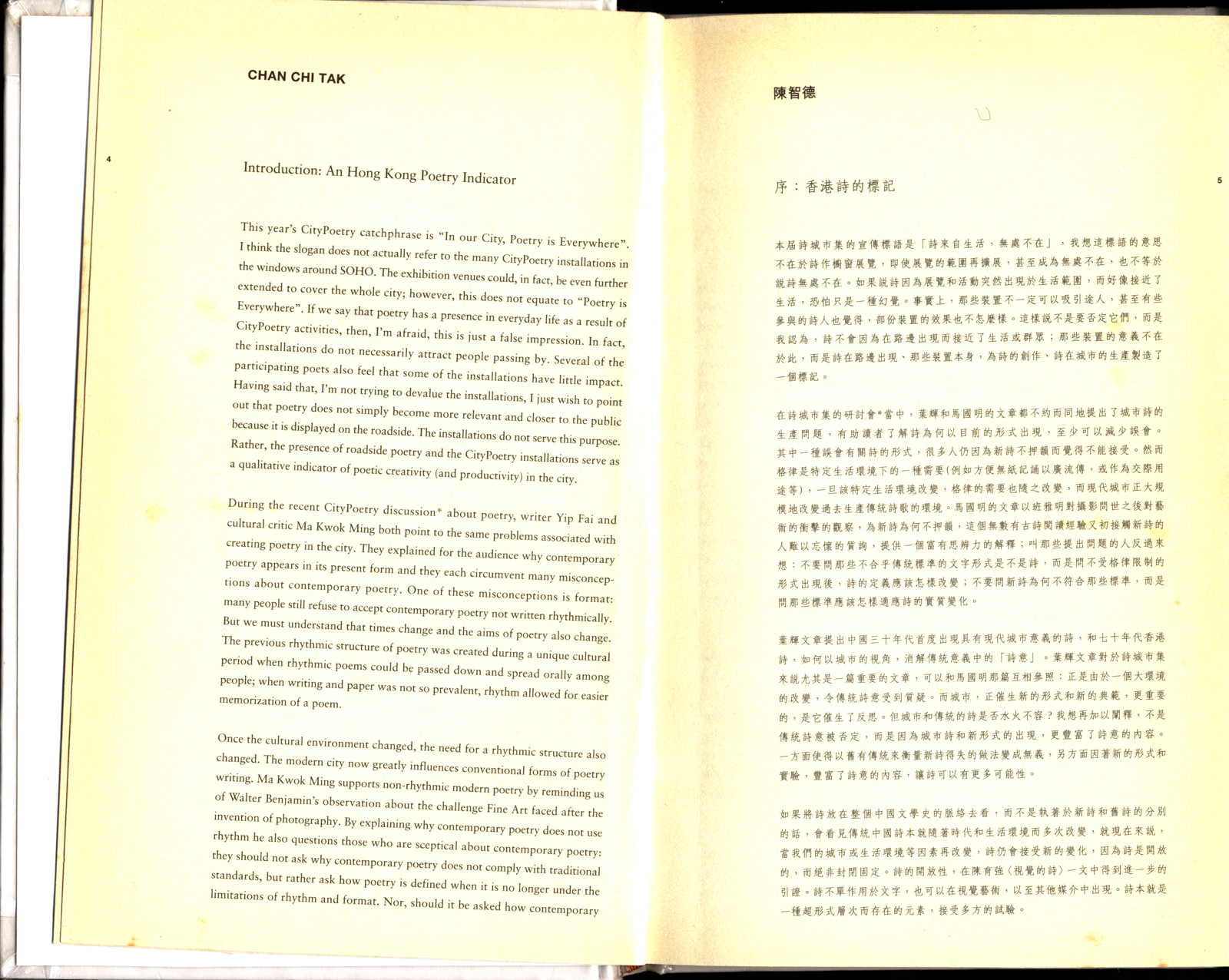 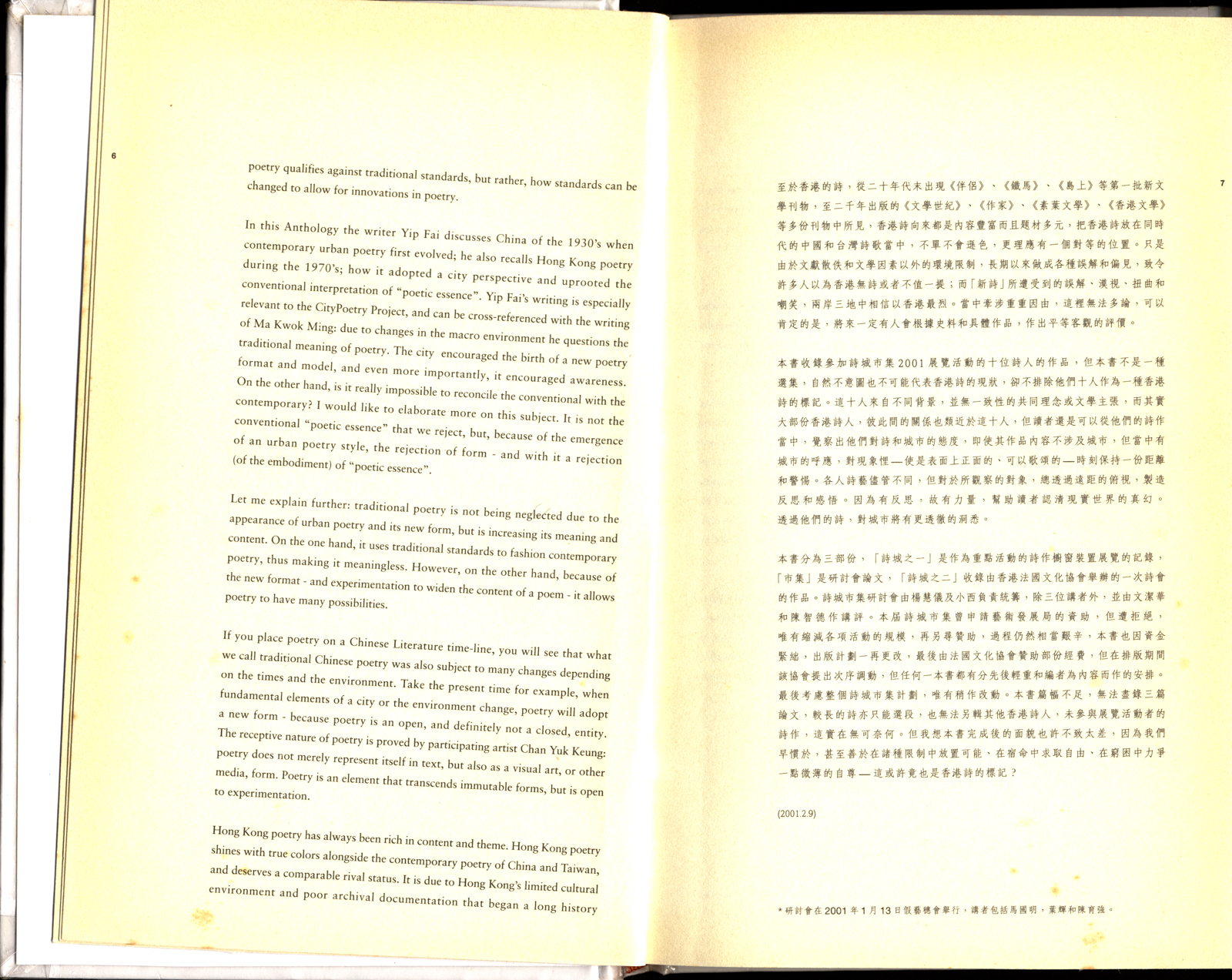 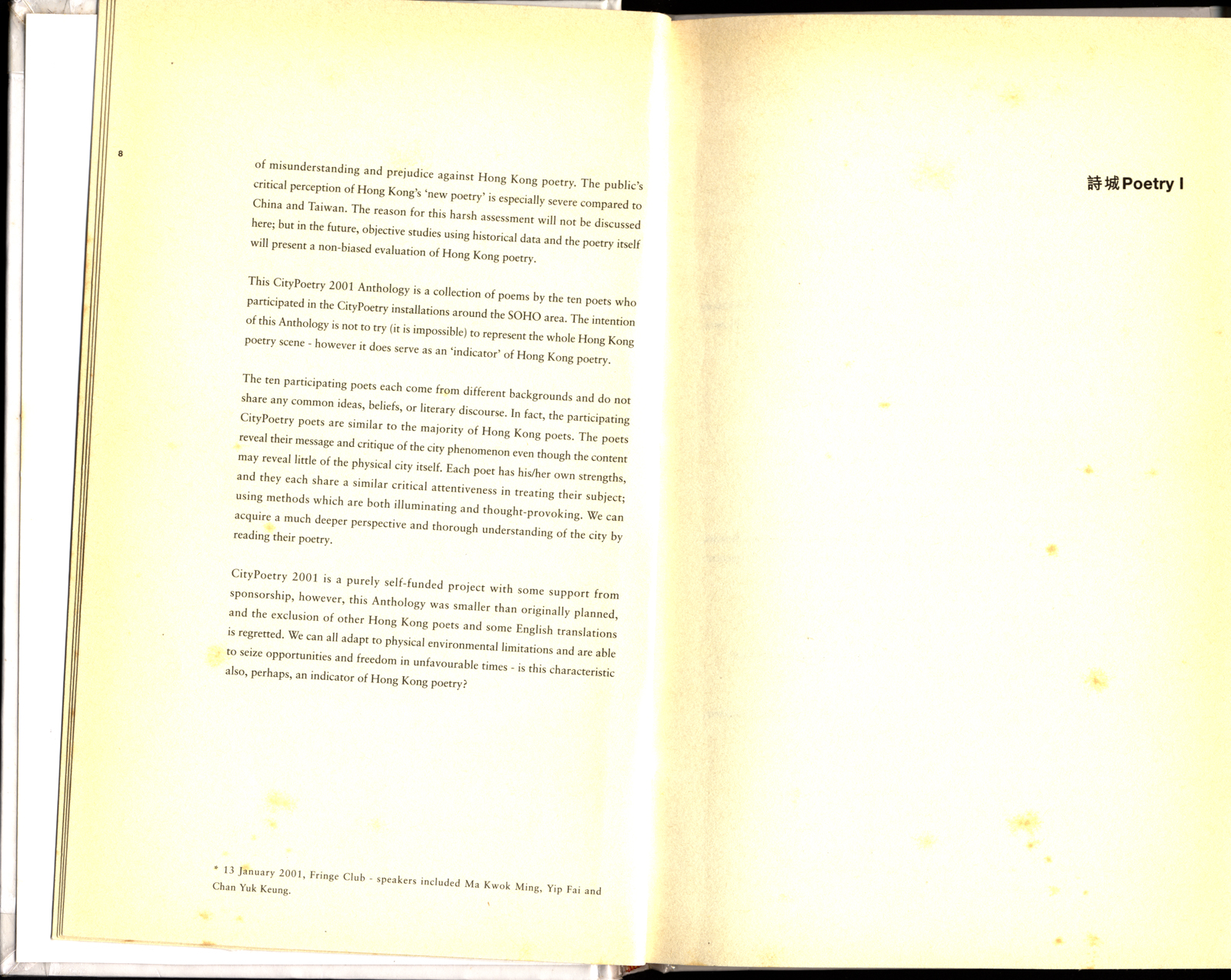 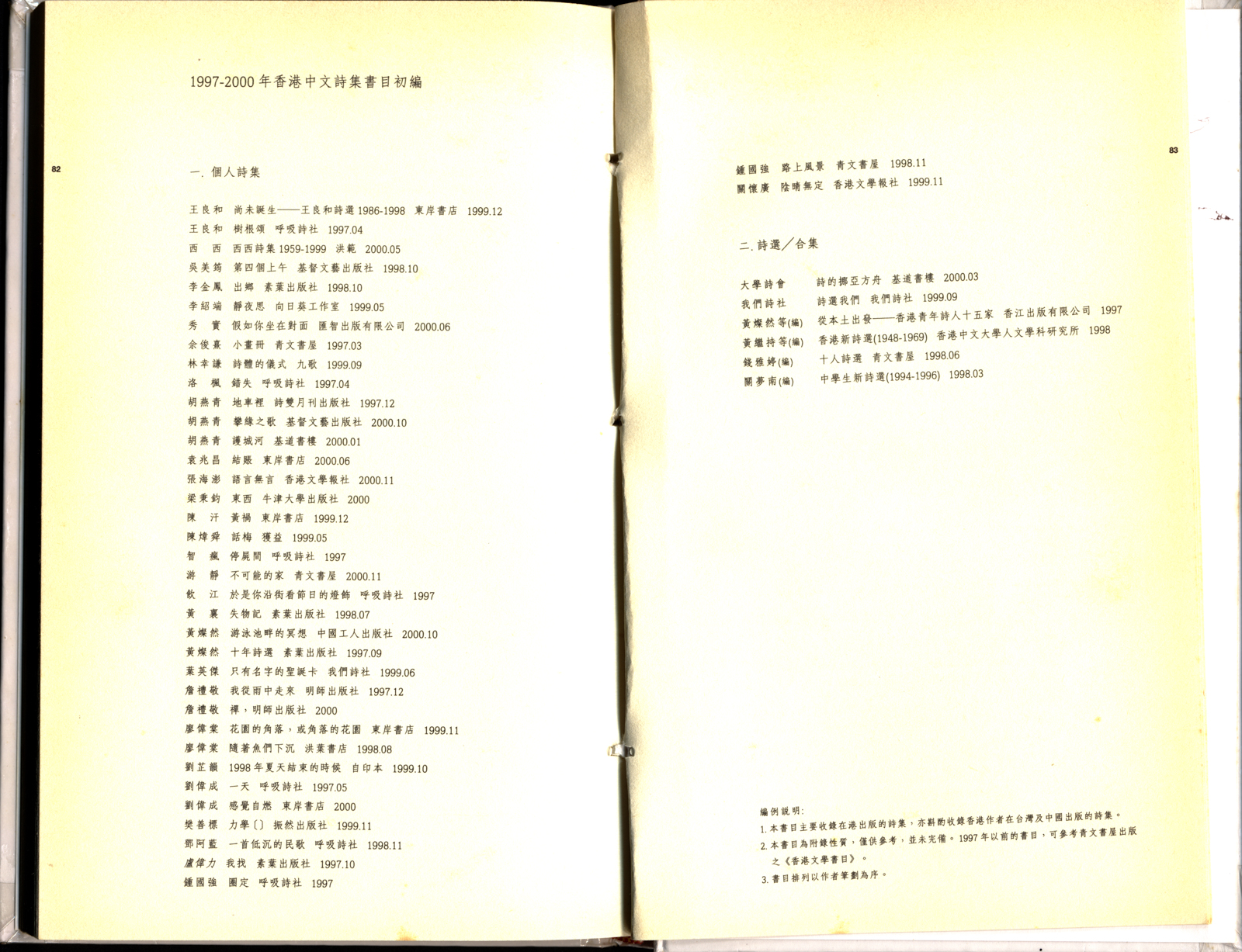 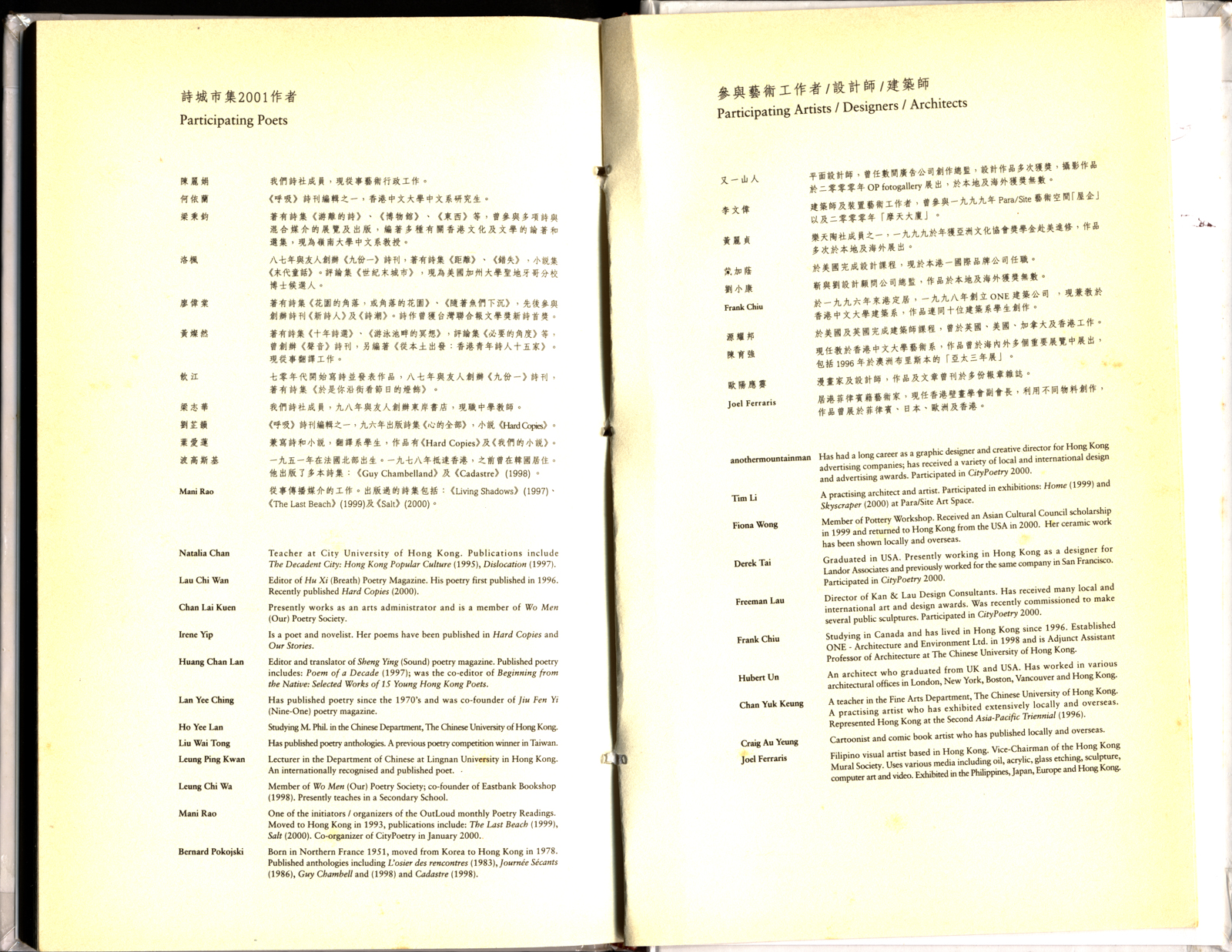 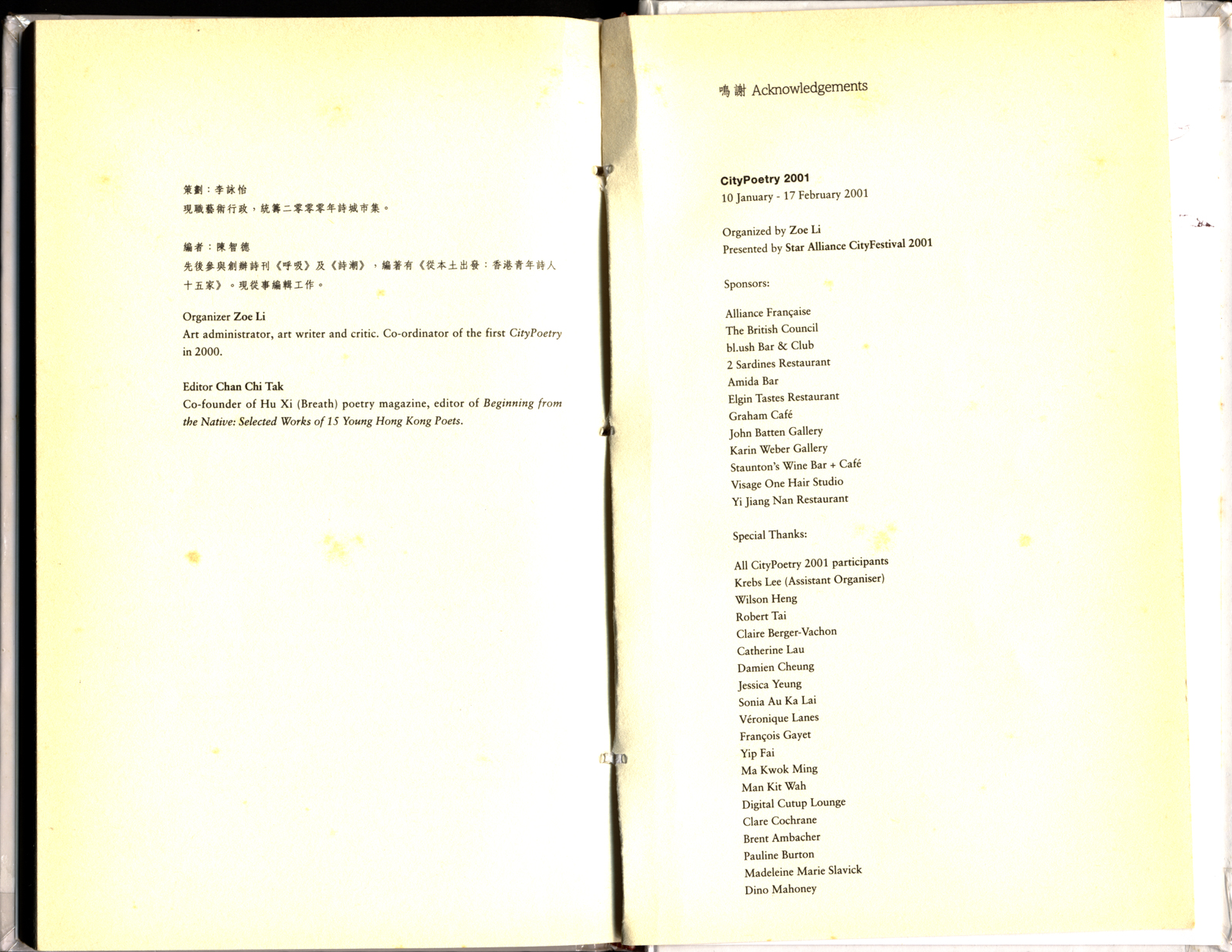 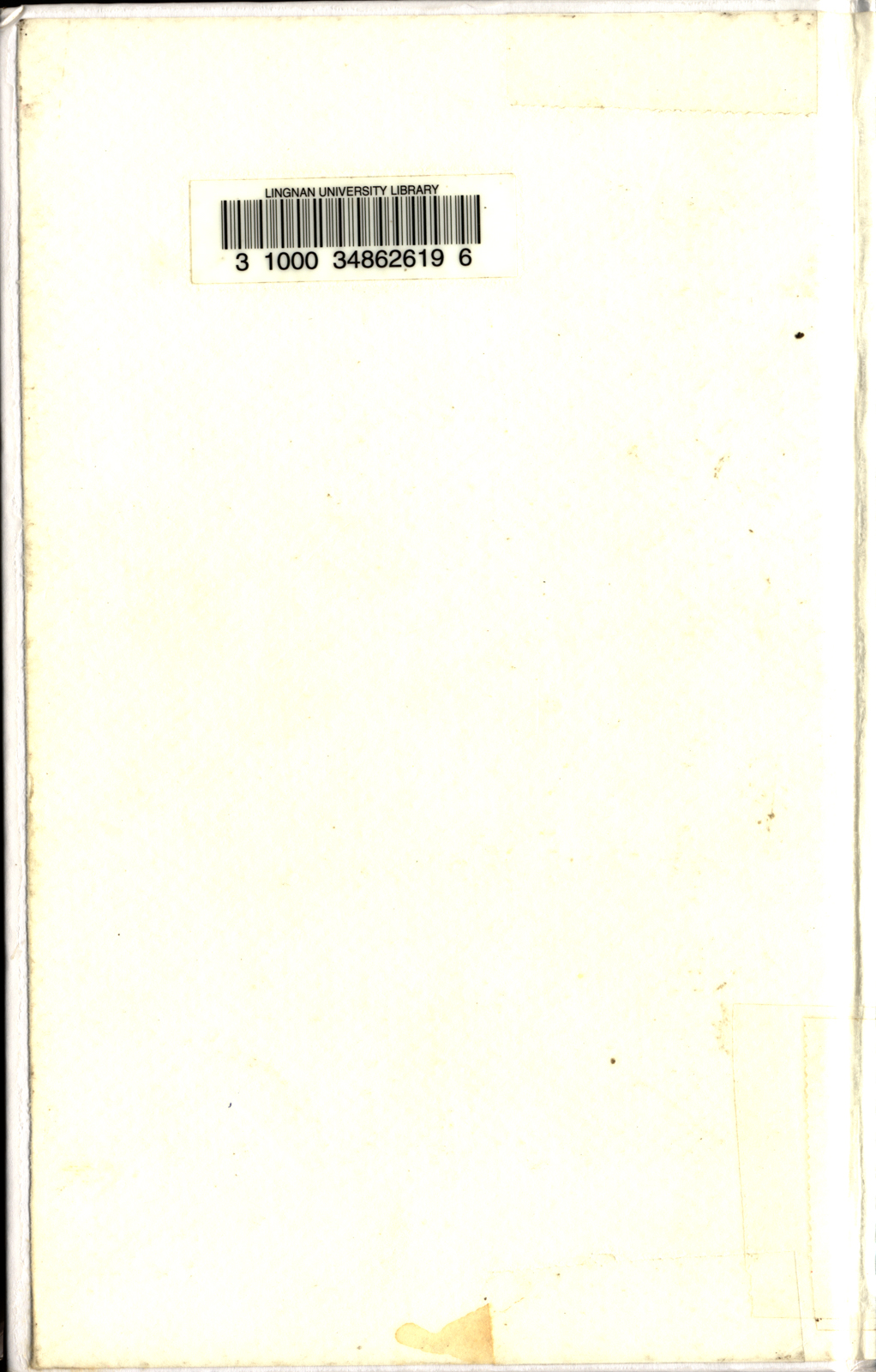 Name:
CHAN, Lai Kuen 陳麗娟
Gender:
Female
Translator Biography:
Chan is a poet, a public speaker, and teacher. Her three books include [There Were Cats Singing], the winner of the Recommendation Prize at the 11th Hong Kong Biennial Awards for Chinese Literature, a prose collection, and a bilingual Chinese-English volume of poetry. Chan’s work has been translated and published internationally.

Name:
CHAN, Chi-tak 陳智德
Birthplace:
Hong Kong
Editor Biography:
Born in Hong Kong in 1961, Chan obtained his degree from Taiwan's Tunghai University and pursued his postgraduate studies at Lingnan University. He is the founder of the journals 《呼吸詩刊》 [Breathe] and 《詩潮》 [Wave of Poetry], and is currently teaching at the Education University of Hong Kong. His publications include 《解體我城：香港文學1950-2005》(Disintegration of My City : Hong Kong Literature 1950-2005) and 《地文誌：追憶香港地方與文學》(Land and Words : Recollections on Places of Hong Kong and Its Literature).
Link to Editor biography:
https://repository.eduhk.hk/en/persons/chi-tak-chan